This date only happens every four years. Is it called Leap Day? I could check on Google but that would take me away from writing and I want to write, not Google. Let’s call it Leap Day.

So, I wrote a story:

Last Sunday, Dead People Don’t Eat Jam launched into the rarefied atmosphere of Bookworld. My good friend, Geoff Eagar, did a crackin’ job both acting as MC and also giving a memorable and dramatic reading of Tall Tales and True. The CWA Hall proved to be the perfect venue for the gathering and I must express my humble gratitude to all who came along. 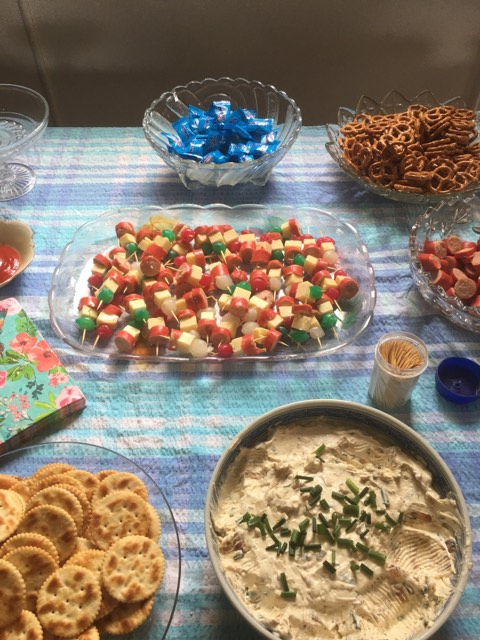 Linda, my trusty sidekick, who incidentally got me into short story writing in the first place, womanned the sales counter with impeccable style and cash handling ability. Cask wine and beer flowed, the Jatz biscuits loaded with French Onion Dip were scoffed with gay abandon, and those little toothpicks skewered with a red, green or plain cocktail onion, a cube of cheddar cheese and slice of cabanossi, were sampled by the brave and nostalgic.

For those of you unable to attend, I have books for sale still at a cheaper than anywhere else price. Please contact me directly, HERE, if you wish to purchase. 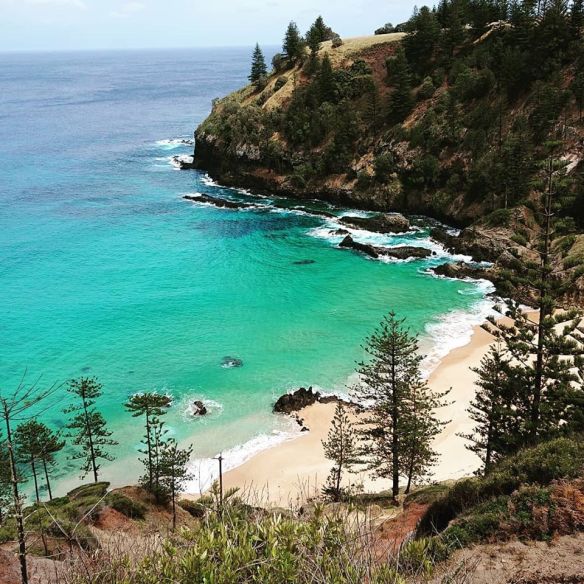 Just back from a week on Norfolk Island, lovely. A local custom when driving on the island is to wave at every vehicle that comes your way. I tried this when I got back into the car in Sydney – apart from getting RSI of the wrist, by the time I got onto Southern Cross Drive I’m sure I nearly caused several accidents.

The islanders, the Pitcairners and later settlers alike, are friendly and welcome visitors to help boost their struggling economy. The Australian federal government, against the wishes of the majority of Norfolk Islanders, passed the “Norfolk Island Legislation Amendment Act 2015”.

You can read more here:

In the nutshell of my brain, it appears that the Government of Australia has given the territory, without consultation, Medicare and Centrelink, with the cost being the imposition of income tax and the dissolution of the island’s legislative assembly. Pay up and shut up. We were told many times that the island is broke. The current drought, on top of the issues of governance, is not helping.

Anyway, no animosity was shown to us Australian tourists.

The island is spectacular and the history, which has been shaped by its difficult sea access and four waves of human settlement, is well worth putting on your bucket list (if you subscribe to that sort of thinking).

Now, several hundred emails to deal with and a book launch to prepare for.

In the meantime, some holiday snaps:

Sunrise bursting through the pines and the old prison wall – Kingston, Norfolk Island 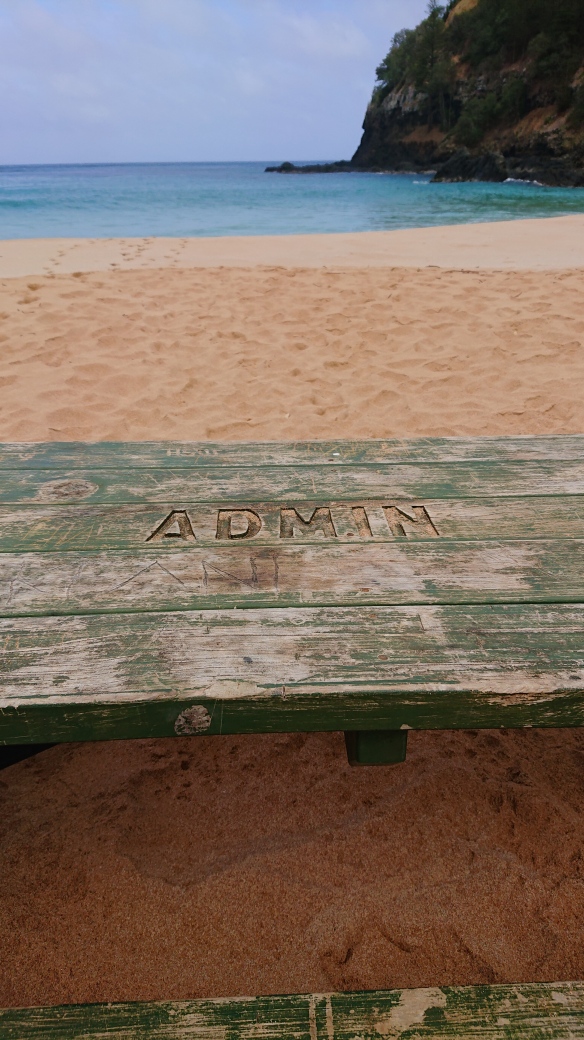 Old lighter down by Kingston pier

Ships anchored off the west coast of Norfolk Island

We, are heading off to Norfolk Island in two days. We, is me and the missus. You might immediately be put off by my use of the term ‘missus’, and how I wrote me before her. Another sexist male, you could be thinking. But today, I don’t care. To be honest, I’m a little bit over how careful you have to be every time you open your mouth, or put words down on paper, or in a text, or out there into the virtual clouds. If you want, you can tell me how ‘missus’ is derogatory and misogynistic, I don’t care – just like Ricky Gervais at the Golden Globes. What a breath of fresh air is he.

I borrowed a book from the library about the history of Norfolk Island. I wanted to check out if my knowledge of the place, which I have gained by osmosis over many years through hearsay, opinion and news items, was accurate or not. Like, for example, was this island really uninhabited when the English claimed it? And, did they ever catch the murderer of that girl, what, was it back in the naughties? She was a pretty girl, I remember that. It made the whole sad affair so much more newsworthy. Sick isn’t it?

And didn’t Colleen McCullough end up living there? And was that for tax avoidance reasons? I’m thinking the island might be a nice place to write from. You know, the sub-tropical South Pacific island setting, the isolation, the slow pace, the quiet – all good conditions for a writer – typing away all day, not a worry in the world.

But I’ve heard other things as well. I’ve heard that the descendants of the Pitcairn Islanders, who are the descendants of those who mutinied on the Bounty and found (abducted?) Tahitian women for wives, that that mob are pretentious egoists who think they own the place and look down upon the other settlers and of course the tourists – like me and the missus will be. And I’ve heard that the island has an unusually high per capita number of car accidents. But you hear lots of things about all sorts of stuff. In the end you have to go and have a look for yourself. We’re getting a car as part of our package, I’ll be careful.

We’re flying Air New Zealand. I’ve got no idea what size plane it will be. A part of me thinks that it would have to be some small propeller driven thing. I had a peek in the book I borrowed from the library and noted how tiny the island is. Surely large passenger jets could not be accommodated on that little speck in the ocean. But I don’t know.

I did hear on ABC radio not so long ago how the people of Norfolk want to be taken over by New Zealand because the Australian government is slowly eroding their territorial autonomy. There is suspicion that well connected LNP donors are eventually going to be allowed to buy up all the best land on Norfolk for the purpose of developing exclusive resorts. So, perhaps the airstrip facilities are already of sufficient landing and take-off capacity. Or, perhaps, just like everyone else in this crazy world, the Norfolkers just want Jacinda Ardern for their leader.

Aren’t we all yearning for a better world?

It’s raining cats and dogs here (no offence to animals intended). It’s so needed, but I need to do a clothes wash before our holiday. And we don’t have a dryer. Might have to find a coin operated laundromat.

“Hey Darls, do you need any washing done before we head off to Norfolk?”

Click on Image to find out how you purchase a copy

Follow wake up and smell the humans on WordPress.com
Join 511 other subscribers

Predawn
Gabby the yabby. Rescued from our pond after some awful interactions with our holiday home neighbours.
A beautiful building where I was once an altar boy. It's also where I lost my faith - and no, I was not molested.
Old haunt
Contents
Summer bush.